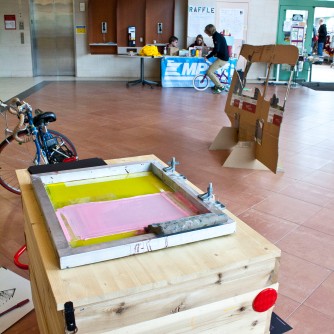 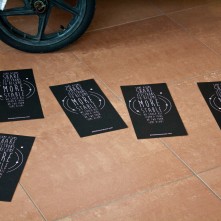 “This daylong event brings together the campus and community around multi-modal and active transportation.

Bike Bus or Walk to Campus on April 24th and win some cool swag. Snap a photo of yourself with #BusBikeWalkUMD @MPIRG 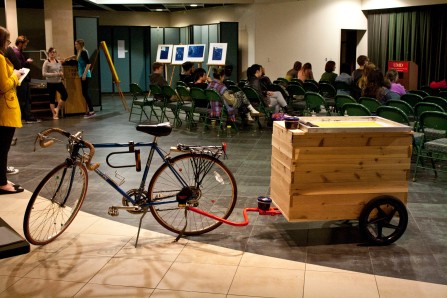 Calvin holding the poster he printed.

The bike as auxiliary percussion. 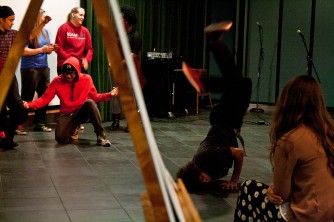 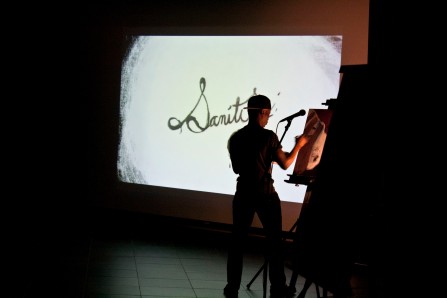 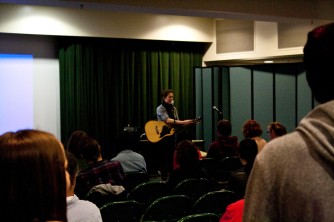 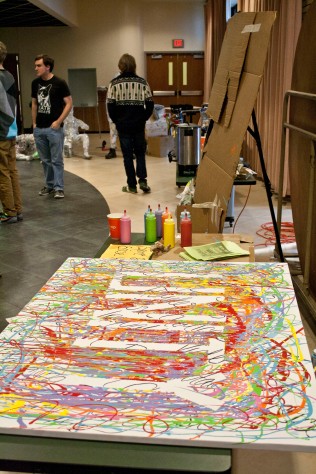 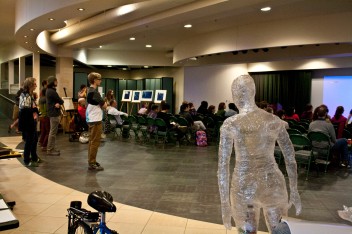 Promoting Sustainability and a Bike Culture

One exhibitor seemed to be getting more traffic than the rest at UMD’s Fall 2014 Sustainability Fair — Justin Anderson ’16, who was an anomaly among his green-thinking neighbors.

Flanked by vendors on either side, Anderson demonstrated his Pedal Power Press. As the name would suggest, his creation is a screen printer fastened to the back of a bike.

It’s an attention getter with a purpose. It’s also a practical way to pursue two passions. “The idea is to make it not dependent on fossil fuels. You simultaneously promote a culture of sustainability and a bike culture,” he explained.

That pragmatism drives other decisions in Anderson’s life. His major, for example, shifted from civil engineering to studio arts when he decided he needed to continue to create with his hands, something he’s been doing all his life.

Inspired by Shepard Fairey, the graphic designer known for his Obama “Hope” poster, Anderson created his first printing press as a teen. “I figured out how to print posters and then started teaching other people how to do it.”

Justin’s outward generosity might be part of the reason that he attracted a crowd at the Sustainability Fair. For him, empowering others with what he’s learned is essential. “I’m more loudly promoting the things I’m working on. Other artists do it, too, but with more subtlety.”

With his classroom on wheels, the Pedal Power Press’ reach is limitless.

GIVING: Support the work of students like Justin Anderson by making a gift to the Geraldine Hanson Heller Scholarship – 2495.

LINKS: This BRIDGE issue is all about sustainability, from alumni and student stories to campus initiatives. See these highlights: Chancellor Black’s message, UMD’s sustainable agriculture project, and $14 million in sustainability research projects.

Nine hours of printing with a faculty member to produce 50 three color 19×25 inch posters for the UMD faculty show in the Tweed Museum of art. I put an hour into just mixing the ink and color matching the original design.

If making prints involved the regular usage of hammers, our shops would be filled by a constant symphony of CLANK!. This is not the case, however do not suspect that the sound of a squeegee is any less sexy, satisfying, or industrious! 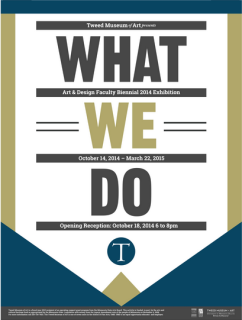 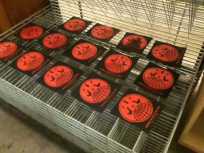 Yard signs are mega-expensive and if you want to give the big money candidates, like many term US Congressman Rick Nolan,  some trouble then you might need the help of some local DIY punkers who can church out 250 18×24 inch double-sided yard sings in just a few hours (plus some extra minutes of hair tearing out over how to get cheap, friendly inks/paints/pigments of some manner to adhere properly to the very slick, uncooperative surface of these blank plastic signs)! A special thanks from Pedal Power Press to local hero Jesse Peterson; together we made this happen! Together we can stop the Minnesota DLF from monopolizing the left and all political dialogue in the Northland!

I haven’t decided yet on this whole endorsing political candidates in general thing, but this fellow is quite solid, I tell you. Whether or not grassroots electoral politics is your thing, I’d check out the platform of Ray “Skip” Sandman. Because whether our democracy can be representative or not, or whether third-party candidates will ever have a “real shot” at winning races, these are the issues (like the looming danger of sulfide mining in this region) that are critically important to our region for which folks here will fight tooth and nail!

Glad we could get these done!

And now that we know how easy it is to crank out these signs, fully expect to see the visual culture of Twin Ports to radically change! 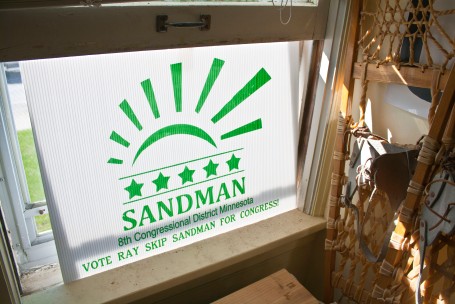 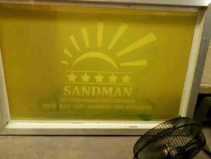 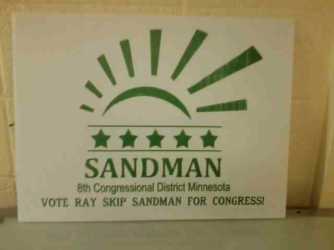 Two weeks of intense printmaking workshops and socialization with printers from around the country and world at USD in the very warm and humid Vermillion, SD! First week: Image & Type with Sara Langworthy, Second week: Stone Lithography with Michael Barnes. What a wonderful group of humanoids! Also, solo tent camping for two weeks in the heat by the mighty Missouri, July Fourth fireworks in the Walmart “super center” parking lot, a day trip to Sioux City, IA for Canson colored paper for making book covers, and an impressive gallery crawl! Thank you, everyone! 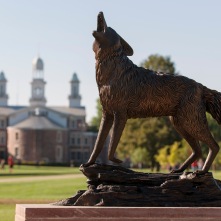 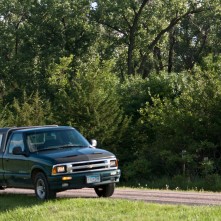 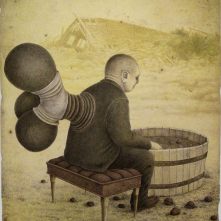 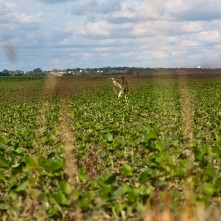 Fresh tires, chain, and bespoke pannier packs on the way! 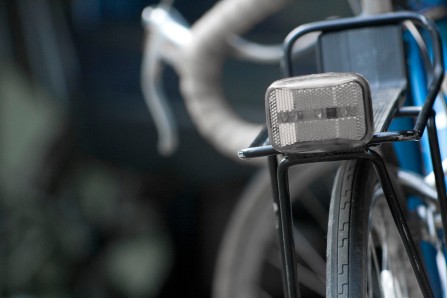 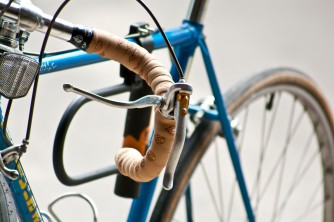 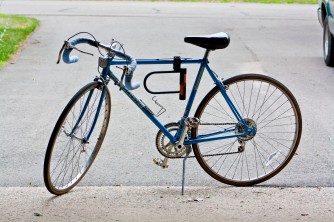 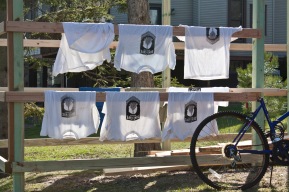 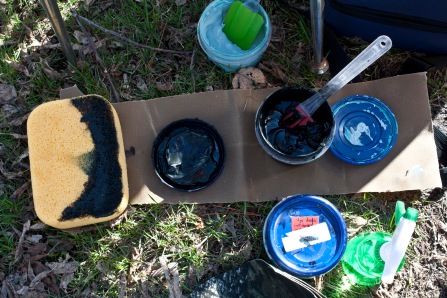 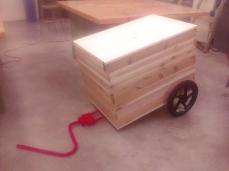 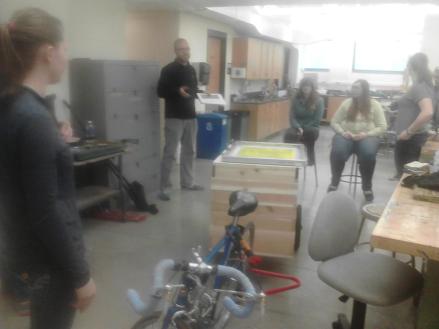 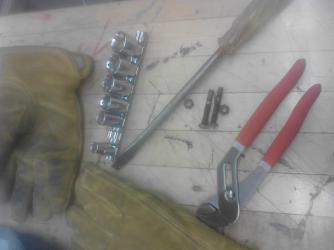 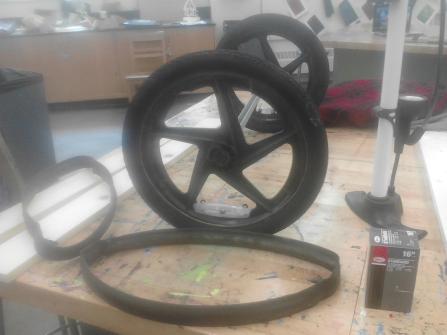 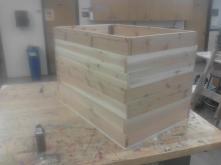